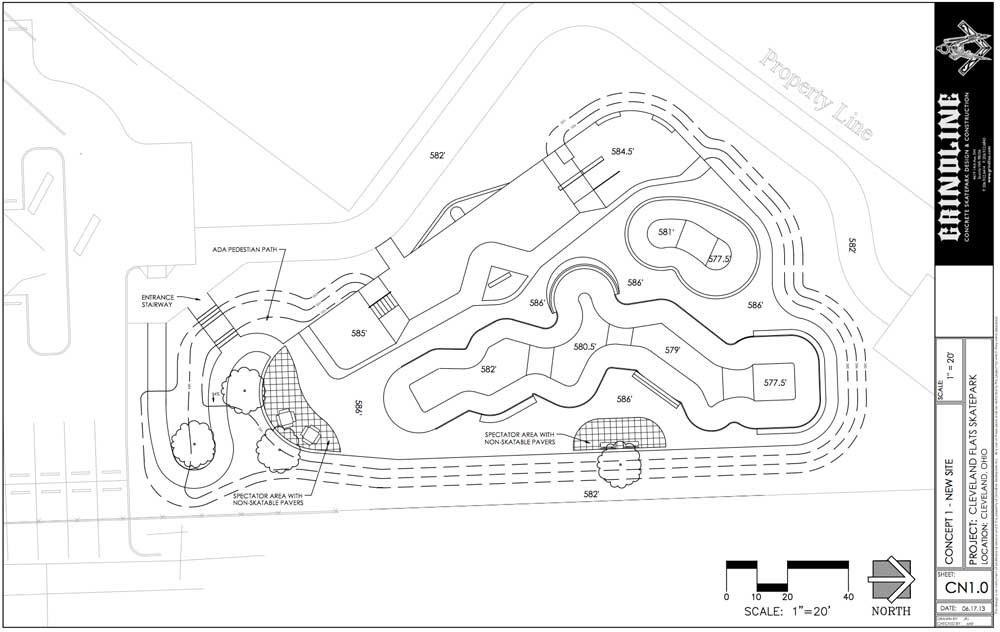 The new site is directly north of the original site and will accommodate the snake run style parkwith deep transitions and plenty of space to build up and avoid issues with the water table. The City must complete a land swap deal with the Cleveland Metroparks in order for the project to continue.